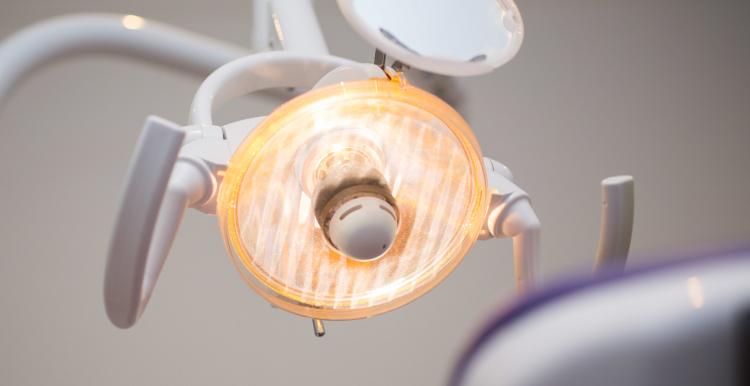 Access to NHS dental care continues to be a problem for people across England, with Healthwatch recording a 22% rise in calls and complaints about dentistry between January and March 2021.

A review of 1,375 people’s experiences shared with local Healthwatch around the country found some people were asked to wait up to three years to get an NHS appointment, whilst private appointments were available within a week.

Whilst some people were charged £400 to get one tooth out, an individual reported being asked to pay over £7,000 for their dentures privately.

But private treatment is not an option for everyone, with many now struggling to pay even for NHS treatment.

A separate poll of 2,019 adults commissioned by Healthwatch England found 61% of respondents felt that NHS dental treatments were expensive1.

The poll, which looked at people’s experiences of NHS dentistry during the pandemic and how it has impacted their future habits, found that over a quarter (27%) of respondents said they either struggle to pay or avoid dental treatments altogether, because they cannot afford the costs.

Experiences of people in Northamptonshire

Similar issues have been raised by members of the public in Northamptonshire, with many people contacting us because they were struggling to find an NHS dentist that was taking on patients and were unable to afford private dental care.

In January to March 2021, Healthwatch Northamptonshire saw an increase of 50% in both negative feedback and requests for help finding a dentist compared to the three months before (October to December 2020).

When compared to the same time period the year before (January to March 2020), there was a massive nine times increase in people contacting us about their difficulty accessing NHS dental care - a jump from three to twenty-seven people.

The difficulty finding a dentist was especially difficult in Daventry and Kettering as one dental practice shut down and one stopped treating NHS patients during the quarter – putting pressure on the already full waiting lists of nearby practices.

The data we collect contributes to Healthwatch England’s intelligence about people’s experiences with dentistry.

The impact on individuals

Worsening dental health during the pandemic

In one example, a Northampton resident told us they had been trying to re-register with a local dentist since the start of the pandemic but were constantly told that the dentist was not taking any new NHS patients. The problems with their teeth had continued to get worse problem and their gums had receded to the point that some teeth were coming loose. They said they were booked in for an appointment with another dental practice but had been told that they too could not accept NHS patients and that they would need pay as a private patient.

Struggle to get emergency treatment

Another person contacted at their “wits end” and considering going to A&E having struggled to get treatment for their toothache, even after calling NHS 111. They had just about managed to save enough money from their pension for NHS treatment but could not afford private care.

All the local dentists they phoned said they were not taking on NHS patients, so they contacted NHS 111, who gave them the numbers of local dentists who could advise them. After giving their information to all these dentists they were told they could not treat them but they may be able to prescribe antibiotics and they would ring back, but not one dentist rang them back and when the person chased them they were told the dentists could not treat them as they were not taking NHS patients.

After receiving advice from Healthwatch Northamptonshire the person was able to get an appointment and treatment at an emergency dentist by phoning NHS 111 again and was also able to apply for help with health costs, but the whole experience had been more stressful and difficult than it should have been.

A GP surgery contacted us for help finding a dentist for a patient. The patient had broken their front teeth and could not find an NHS dentist. Whilst the patient was not in pain, they were struggling to eat and had anxiety and depression due to their appearance.

Reform of dentistry has been underway since 2009. Earlier this year, it was announced that NHS England would be taking over the process from the Department of Health and Social Care, but reform plans have yet to be announced.

In a recent report on the future of the NHS, the Lancet Commission stressed ‘an absence of affordability is a major barrier to dental care’ and suggested an abolition of patients’ co-payments to access and receive dental care.

Imelda Redmond CBE, National Director of Healthwatch England, said: “The twin crisis of access and affordability hitting NHS dentistry means many people are not able to access timely care – and the poorest are hardest hit. Those human stories show that oral health is a social justice and equity issue.

Reform of dental contracts needs to be a matter of urgency for this Government. New arrangements should include making access to NHS dental services equal and affordable for everyone, regardless of where people live, their income and ethnicity. Failing to act now will result in long-term harm for thousands of people, putting even greater pressure on the already overstretched healthcare system.
— — Imelda Redmond CBE, National Director of Healthwatch England

“We have seen a concerning increase in the number of people coming to us who are struggling to access NHS dental care and have discussed these concerns with the NHS England regional dentistry commissioning team. The team listened to these valid concerns and reassured us that they are doing what they can to encourage dentists to prioritise providing the most essential treatment, including treating the most vulnerable and at risk people as well as the most urgent cases.

The coronavirus pandemic has reduced the capacity of all dentists and NHS England is working with dentists to restore capacity, but this is still below pre-pandemic levels due to the additional cleaning and infection prevention processes needed. Routine NHS dental care is still unavailable for many and even though the NHS England regional team is looking for ways to fill the gaps, the way that NHS dentistry is commissioned can put some dentists off working with the NHS. Reforms to dental contract commissioning are clearly needed."

We will continue to share the concerns of Northamptonshire residents with NHS England, and they also use feedback given directly to their customer contact centre. You can share your concerns with them by emailing england.contactus@nhs.net or phoning 0300 311 22 33.

Anyone with an urgent need for dental treatment can call NHS 111 (or use the online service 111.nhs.uk) or phone any local NHS dentist for advice, regardless of whether they regularly attend that practice. The dentist will complete triage over the telephone and provide the relevant support. You can receive NHS dental care at any NHS dental practice and do not need to be registered.

Find out more about NHS dentistry

You can help make health and care services better by sharing your experiences and ideas. 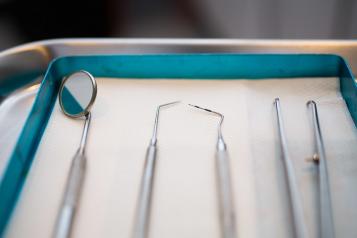 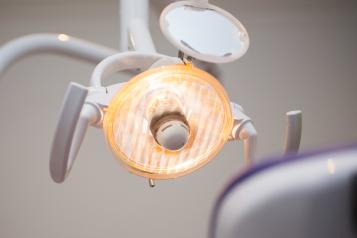 Calls for a recovery plan for NHS dentistry
Access to dental care continues to be an issue you are raising with us locally and it is also a national issue that Healthwatch England is working on. Healthwatch England co-signed an open letter addressed to the Chancellor of the Exchequer.
2 November 2021
News 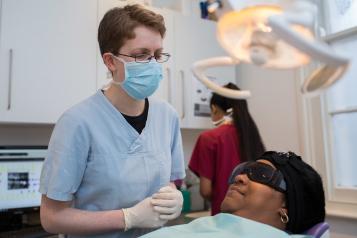 What to do it you are struggling to find a dentist
It is currently very difficult to find an NHS dentist and the number of people contacting us for help continues to increase. We are raising this issue with health planners at a local and national level and giving people the following advice.
2 November 2021
Advice and Information