Adult social care is usually very good and most people don’t have any problems. But sometimes you need to raise concerns. This page tells you how to make a complaint. 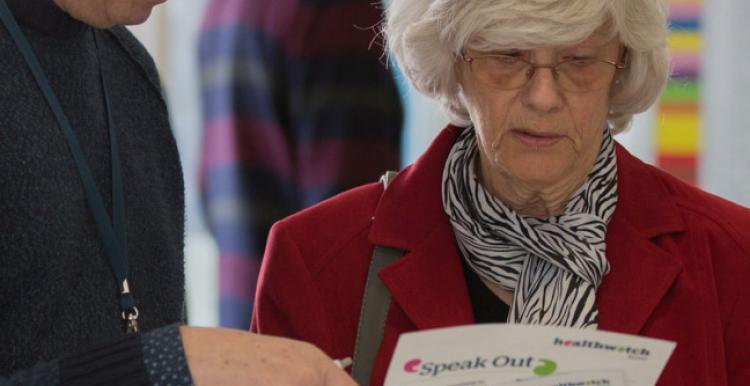 You can complain about any aspect of adult social care. This may be:

All these organisations will have their own complaints procedure.

You can make a complaint as long as you:

Complaining on behalf of someone else

You can complain on behalf of someone else if they have grounds to complain and they:

If you make a complaint on behalf of someone who doesn’t have mental capacity, you must act in that person’s best interests. Otherwise, the complaint won’t be considered.

When you can't make a complaint

You can’t use the complaints procedure if:

You should make your complaint as soon as possible. You should normally make a complaint within 12 months of the date of the event that you're complaining about, or as soon as you first knew about the problem.

How to make a complaint

Start off by discussing the problem

If you can, start off by trying to discuss your concerns with the member of staff concerned. This can be a quick way of sorting out a problem. It can be helpful to prepare for this discussion by writing notes about the main points you want to raise and what outcome you want. Date your notes and follow up the conversation with a letter covering the main points of what was agreed and send a copy of this letter to the manager of the member of staff concerned.

If this doesn’t sort out the problem, ask for a meeting with their manager. Or if the care is being provided by a voluntary organisation or private company, ask for a meeting with the local authority that buys or commissions the care. You can also raise your complaint with your local councillor who can forward the complaint on your behalf or tell you about your next steps.

If talking about the problem in this way doesn’t sort it out, you can make a complaint face-to-face, in writing or by email. Make sure you're clear that you’re making a complaint. Look on the organisation’s website for contact details of the complaints manager who will deal with your complaint. If you live in an area with a county and district council, the county council will be responsible for adult social care.

If you make the complaint face-to-face, the organisation should make a written record of the complaint and give you a copy unless:

If you complain in writing or by email, you should include full details of the problem, giving the names of any staff members involved. You should say what outcome you would like, for example, an explanation or apology. It may be useful to explain the impact a decision is having on you. For example, if social services are reviewing your case and reducing your services, explain the difficulties this is causing you, including the emotional and financial impact and whether this is having an effect on your health. In complicated cases, it can be helpful for you to draw up a timeline of the events that have taken place. You can attach or enclose relevant documents. For example, if you’ve been paying for services that the local authority should be providing, enclose the receipts of what you’ve had to spend.

Address the complaint to the complaints manager, or another member of staff, of the organisation concerned. If you’re complaining about a member of staff from a private company or voluntary organisation which is providing care services on behalf of the local authority, also send a copy of your complaint to the local authority. You might also want to send a copy of your letter to your local councillor and MP.

Complaints about more than one organisation

Your complaint may be about more than one organisation.

For example, you are unhappy both about the number of hours of community care you've been assessed as needing and the quality of care provided by the agency worker who comes to support you. You can send just one letter to the local authority complaints manager and they should co-ordinate the responses.

The same procedure is also used for complaints about the NHS, and so if your complaint is about both a local authority and an NHS body, you could just write one letter.

Example: Your concern is about your discharge from hospital which you think was too early and was not followed up by proper community care organised by the local authority. It doesn’t matter whether you send your letter to the local authority or the NHS hospital. Whoever gets the letter should liaise with the other organisation to produce a co-ordinated response.

How and when should a complaint be acknowledged?

It’s good practice for the complaint to be acknowledged within three working days from when it’s received. This can be done face-to-face or in writing. When acknowledging the complaint, the organisation should offer to discuss with you, at an agreed time:

If you don’t accept the offer of a discussion, the organisation should still let you know in writing how long the investigation is likely to take and when you should get your response.

Depending on the circumstances, it can be difficult or distressing to make a complaint. It's usually best to get help to do this. For example, you can contact us for advice or VoiceAbility for complaints advocacy support.

Looking for information about health and care?

Find advice and information to help you stay well and make decisions about your health and social care support. 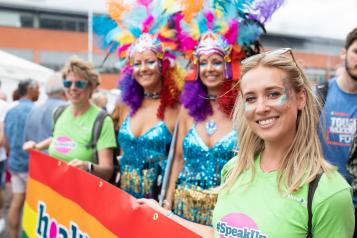 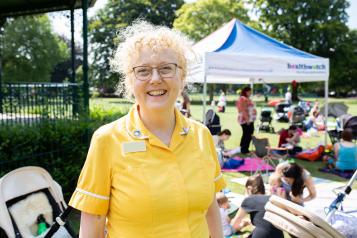 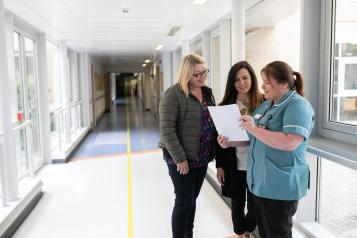 NHS hospital complaints
The care you receive in an NHS hospital is usually very good and most people don’t have any problems. But occasionally things can go wrong. This page tells you where to start when you want to sort out a problem with an NHS hospital.
30 November 2014
Advice and Information